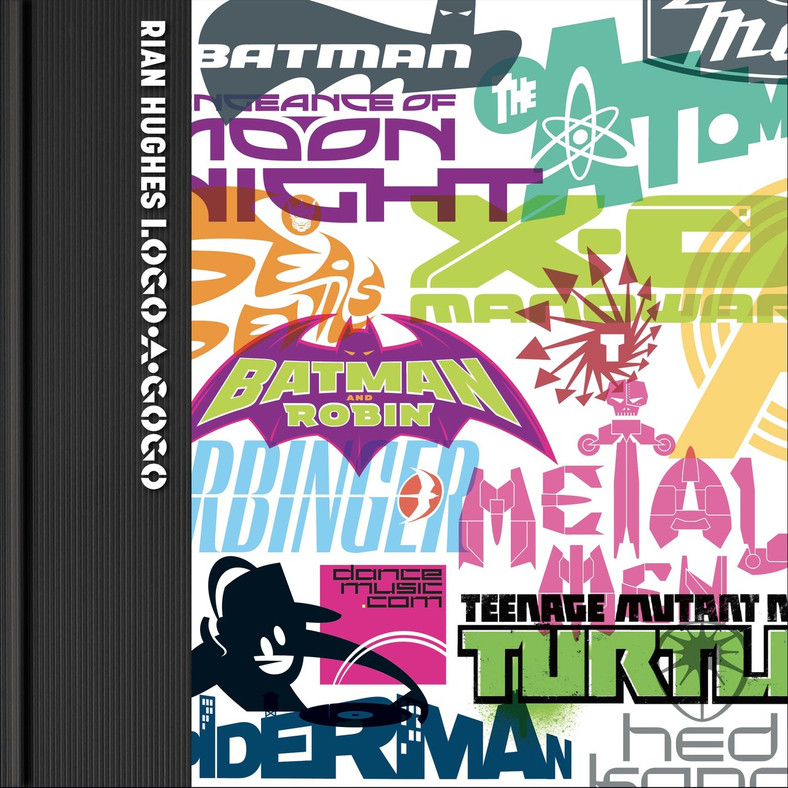 Packed with almost 5,000 images, Logo-a-gogo is an inspirational visual history of the iconic brand identities created by design supremo Rian Hughes over the past 20 years. It features case studies revealing the “making of” his famous comic book logos – including Batman and Robin, Spider-Man, the X-Men, Captain America Wolverine – and those for his diverse range of other clients – from bands, artists and fashion retailers to international corporations.

Preliminary sketches and alternative concepts appear alongside the final design, and Hughes is refreshingly candid about his experience of meeting briefs and finding creative solutions – sharing insider stories on the highs and the lows, and giving invaluable tips for getting brand identity right.

With an introduction by Grant Morrison, the Eisner award-winning comics writer and longtime Hughes collaborator, this is an amazing resource for designers, typographers, and comic book illustrators to draw on in brand identity and other graphic design projects.

Read our interview with Rian Hughes.

Grant Morrison is a best-selling Scottish comic book writer, playwright and occultist. His long list of credits includes Animal Man, Batman, Doom Patrol, The Filth, The Invisibles, JLA, and 2000 AD. He was appointed Member of the Order of the British Empire (MBE) for services to film and literature in 2012.

Rian Hughes is an award-winning graphic designer, illustrator, comic artist, author, and typographer who has worked extensively for the British and American advertising, music and comics industries. Rian has written books about design and illustration, including Cult-ure: Ideas can be Dangerous and Custom Lettering of the ’20s and ’30s. His comic strips are collected in Yesterday’s Tomorrows, and his font foundry, Device, has released over 200 original designs since 1994. Rian Hughes is also the author of XX: A Novel, Graphic.
×
×