Lettering to the Max 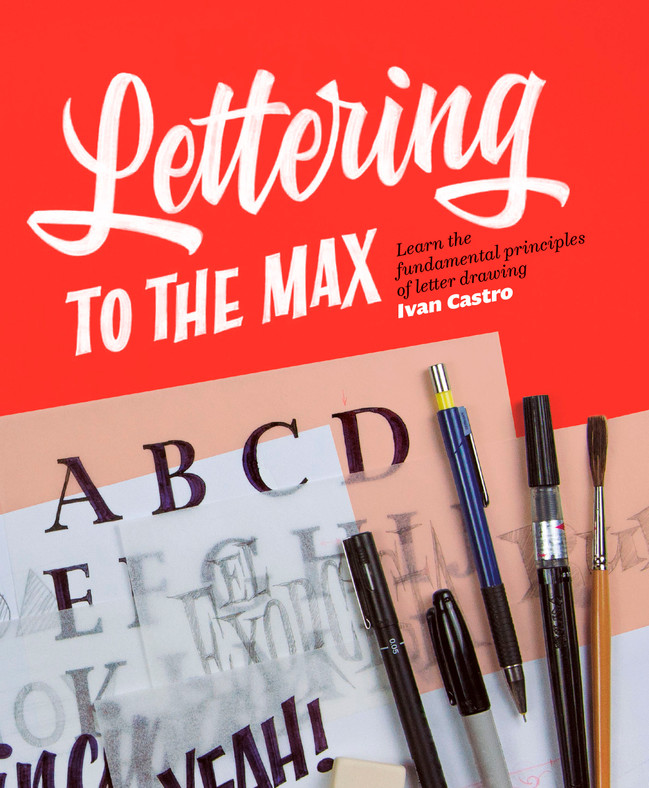 Lettering to the Max

Ivan Castro’s new volume on the art of creating distinctive hand-drawn letterforms approaches the subject from a less technical perspective than its predecessor, The ABC of Custom Lettering. It’s a beginner-friendly workbook that outlines the essential tools and materials required to get started and uses a wealth of lettering samples, sketches and drawings to explain, step by step, how to produce stylish design, crafts and DIY projects. The basic principles of lettering are covered in detail – from understanding letter structure and anatomy and giving letters shape and expression, to using them to create complex compositions – while practical exercises allow the reader not only to hone their newfound skills, but to experiment with and develop their own ideas. In-depth but accessible, this is a fun guide for budding lettering artists that also provides a wealth of information for experienced or professional designers.

Foreword by Alex Trochut
Alex Trochut was born in 1981 in Barcelona, Spain. After completing his studies at Elisava Escola Superior de Disseny, Alex established his own design studio in Barcelona before relocating to New York City. Through his design, illustration and typographic practice, he has developed an intuitive way of working that has resulted in his expressive visual style.

Ivan Castro is a graphic designer based in Barcelona, Spain, who specializes in calligraphy, lettering and typography. His work involves everything from advertising to editorial, and from packaging to logo design and gig posters. Although Ivan claims to have no specific style, one could say that he has a strong respect for the history of popular culture. He has been working in the field for 20 years, and has been teaching calligraphy and lettering for 15 years in the main design schools in Barcelona. He travels frequently, holding workshops and giving lectures at design festivals and conferences. He is also the author of the book The ABC of Custom Lettering.

Read our interview with Ivan Castro.