Sex and Horror: The Art of Emanuele Taglietti 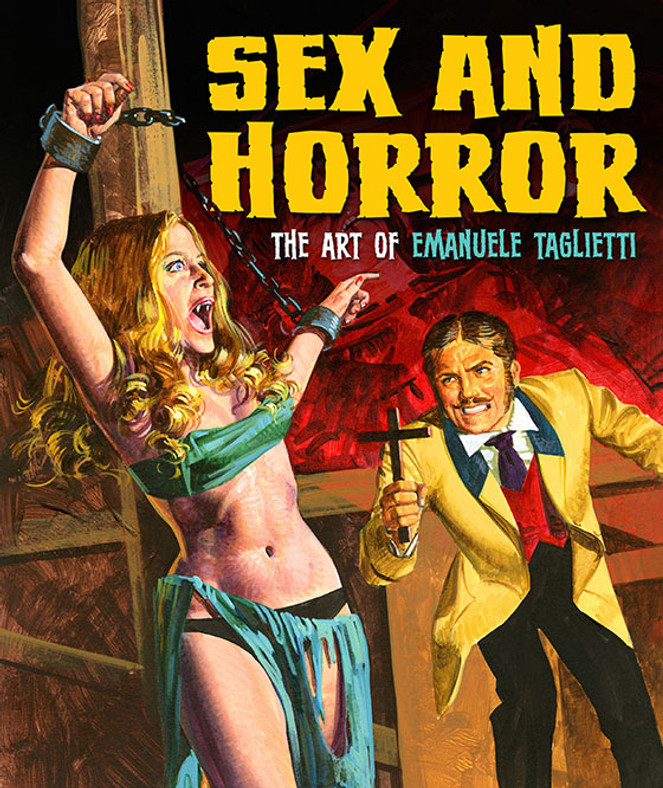 Sex and Horror: The Art of Emanuele Taglietti

Read our interview with Emanuele Taglietti.

‘Releasing in March, Sex and Horror exhibits dozens of the artist's incredible paintings, while discussing the maestro's otherworldly techniques. Back in the 1970s, some of these books were banished from news stands in Taglietti’s homeland by outraged censors. In reality, these moral crusaders probably wanted to keep the comics for themselves.’ — Bizarre

‘The work of one of the leading fumetti cover artists, Emanuele Taglietti, remains highly collectable and has been brought together for the first time in the book Sex and Horror, providing a long-overdue look at this forgotten genre.’ - Fiesta

‘...fascinating glimpses of a little-documented and long-since abandoned seam of horror.’ — SFX

‘Artist Emanuele Taglietti is one of the most celebrated masters to emerge from that unique period in 1970 s Italy, when morale shifted and the popular fumetti (Italian comic books, literally translated as 'puffs of smoke', an allusion to speech bubbles) followed more liberal strains of genre cinema and more overt, explicit sexuality was visualized on their covers. Tagleitti, a former set designer who had worked with Fellini, jumped on this, exploiting the comforts of working from home by becoming a full-fledged cover illustrator, nurturing a style that was sensual, lurid, saturated and bristling with energy.’ — Fangoria

‘...fascinating glimpses of a little-documented and long-since abandoned seam of horror.’ — Starburst

Emanuele Taglietti was born in Ferrara, Italy, in 1943. He graduated from the local art institute and then moved to Rome, where he studied stage design. As a set designer in the Italian cinema, he worked on numerous films, including Federico Fellini’s Juliet of the Spirits (1965) and Marco Ferreri’s L’Harem (1967). In 1973, Emanuele Taglietti returned to live in his home town. Inspired by the art of Frank Frazetta and Averardo Ciriello, he became a comic book cover artist for the Italian publisher Edifumetto, working on such titles as titles Playcolt, La Poliziotta and Vampirissimo. His realistic style and ability to cross genres has defined his work. From macho investigator to sexy starlet, and from monster stories to fairy tales, he was master of them all.  Although Emanuele retired in 2000, one can still find him in his studio with a paint brush in hand.