Sex and Horror: The Art of Fernando Carcupino 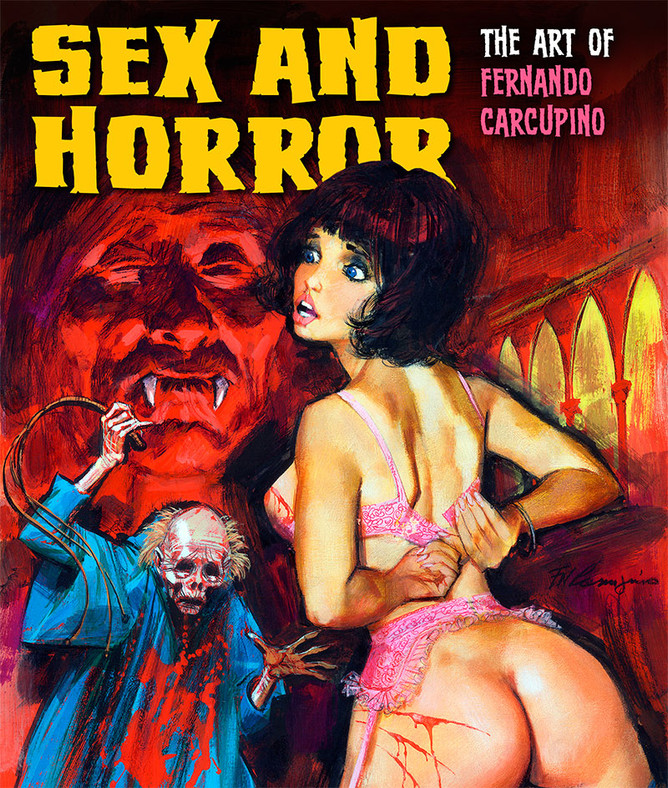 Sex and Horror: The Art of Fernando Carcupino

This is the third volume in our bestselling Sex and Horror series, which celebrates the publishing craze known as “fumetti sexy”: Italian adult comics and cartoons with a unique take on such genres as horror, crime, fantasy, history and fairy tales. Their huge success in the 1960s and ’70s was due in part to their uninhibited mix of twisted humour, gory violence, and up-front eroticism, but the element that makes them so collectable today is their Technicolour cover illustrations, rendered by classically trained painters.

This book focuses on the work of Fernando Carcupino famed not just for his comic work but his pin-ups as well. Sex and Horror volume three is another visual feast of outrageous pulp art.

About the author
Nicola D’Agostino is an Italian freelance writer, translator, musician, designer and consultant with many years of experience in the comics and music publishing industries. In addition to writing about technology and culture for publishing houses such as Mondadori and Gruppo Sole24Ore, he has translated, among others, comics and graphic novels by Alan Moore, Grant Morrison and Warren Ellis.

Fernando Carcupino (1922 – 2003) was an Italian painter, illustrator and comics artist. Carcupino grew up in Milan and studied art under Achille Funi at the city’s Accademia di Belle Arti di Brera. During World War II he worked on the animated feature film, The Rose of Baghdad, before serving as a sub-lieutenant in the Granatieri Brigade of the Italian Liberation Corps. Delayed due to the war the film was eventually released in 1949. In 1946, after producing the episode Scacco matto a Coe for the comics series Il Solitario (The Lonely One), he joined his friend Mario Faustinelli on the staff of Asso di Picche and became part of the so-called Venice Group which also included the comic artists and writers Hugo Pratt, Dino Battaglia and Damiano Damiani.

In the early 1970s, he produced a series of risqué covers of the weekly magazine, La Giraffa, as well as creating the covers for several Edifumetto publications including Vampirissimo, Fiabe Proibite and I Sanguinari. In 1983 he received the Cavaliere Ordine al Merito della Repubblica Italiana from the Italian government for his artistic merits. In 1999 he was also awarded the Caran D'Ache Prize at the Salone Expocartoon in Rome for his life devoted to illustration.