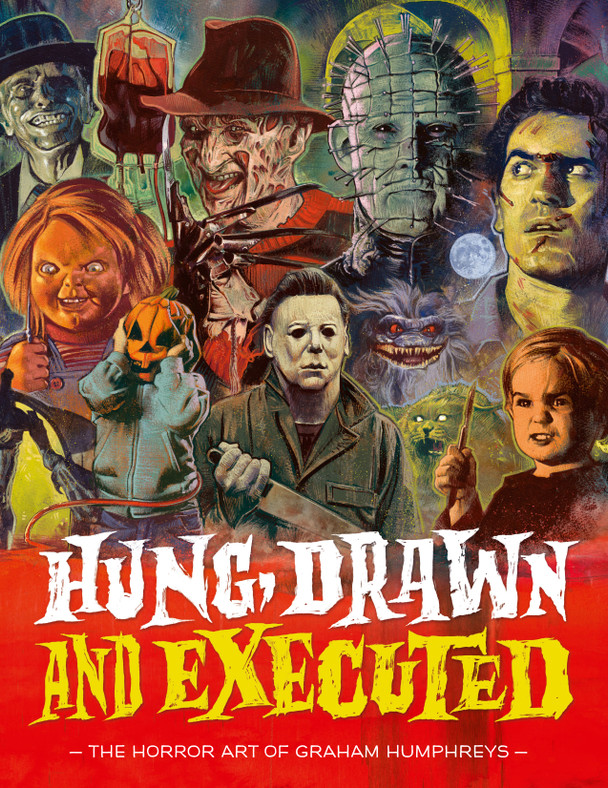 Graham Humphreys’ career as a poster artist looms large over horror cinema. From designing the iconic Evil Dead poster to Nightmare on Elm Street and House of a Thousand Corpses, his work is familiar film audiences around the world. It’s easy to see why his work grabs the attention of horror fans and filmmakers alike, as he continually and systematically sets the bar ever higher in his quest for sheer terror and pure entertainment. With over forty years of experience, he is one of the few contemporary illustrators using the traditional medium of gouache to paint his images. Includes previously unseen work: paintings, drawings and colour studies, as well as additional text by Victoria Price, daughter of Vincent Price and Dacre Stoker, the great-grandnephew of Bram Stoker.

Foreword by Dacre Stoker
Dacre Stoker is the great-grandnephew of Bram Stoker and the international bestselling co-author of Dracula: The Un-Dead (2009), the official Stoker family-endorsed sequel to Dracula and the prequel Dracul (2018). He is also the co-editor of The Lost Journal of Bram Stoker: The Dublin Years. He currently lives in Aiken, South Carolina, where he manages the Bram Stoker Estate.

Graham Humphreys is an illustrator and visual artist best known for producing film posters. During the 1980s, Humphreys worked with Palace Pictures, producing publicity material for such films as Dream Demon, Basket Case, The Evil Dead, Evil Dead II, and Nightmare on Elm Street. Whilst most artists now work digitally, Graham remains dedicated to the medium that has supported him throughout his professional career: paint on paper. Current projects include vinyl LP sleeves, posters, private commissions and work for horror film festivals.