Graham’s latest book is Hung, Drawn and Executed. Check it out!

Let's start with a little bit about your background. Where are you from, etc?
I was born in 1960 in the Bristol area of the UK's West Country. I studied graphic design at Salisbury College Of Art, Wiltshire, 1976-1980. Moved to London that Autumn and have been freelancing in design and illustration since. I was fortunate enough to have been in the right place at the right time in meeting the directors of UK film distributor Palace Pictures in 1982, for whom my two best-known posters were illustrated; these were the UK quads for The Evil Dead and A Nightmare On Elm Street. Although there has been a great variety of work over the forty years, most of the work is now in the horror genre.

What was the first record you bought with your own money?
Danse Macabre, released by Decca Records in 1971. A collection of macabre-themed classical music. I think it was the photograph of a skeleton on the cover that made me buy it. The title track, ‘Danse Macabre', encouraged me to take up violin lessons. It was better that I stuck to drawing and painting!

What first inspired you to become an artist?
TV programmes that I watched as a child... Doctor Who, The Munsters, Lost In Space, The Addams Family. Books that I bought: in particular, Dennis Gifford's Pictorial History of Horror Movies. Film posters for films like The Towering Inferno, Earthquake and The Hindenburg. Classic horror literature.

Who and what are your greatest influences?
No single great influence, aside from The Sex Pistols, The Cramps and Hammer Horror.

Is there a project that you're particularly proud of?
I respect that The Evil Dead and Nightmare On Elm Street posters gave me a career, but I have no particular moment of pride. Some jobs seem to work out better than others. 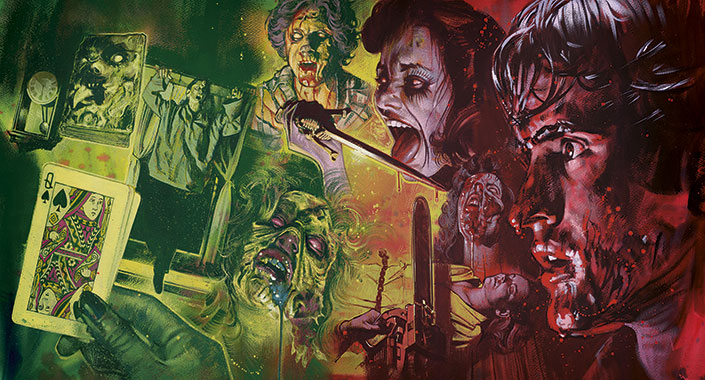 How would you describe your art?
Raw, B-movie-inspired punk rock.

You've been involved in a lot of fun and interesting projects during your long career. Is there anyone you're interested in working with, or for, that you haven't yet?
I've been fortunate to work with so many interesting clients; I can't wish for more. But I believe there will be opportunities that have yet to present themselves, people I don't know yet.

Any future projects/exhibitions/books that we should be watching out for?
My art book, Hung, Drawn and Executed, of course. There are some vinyl LP projects I'm currently working on, plus some exciting event posters and several private commissions for some well-loved genre films. 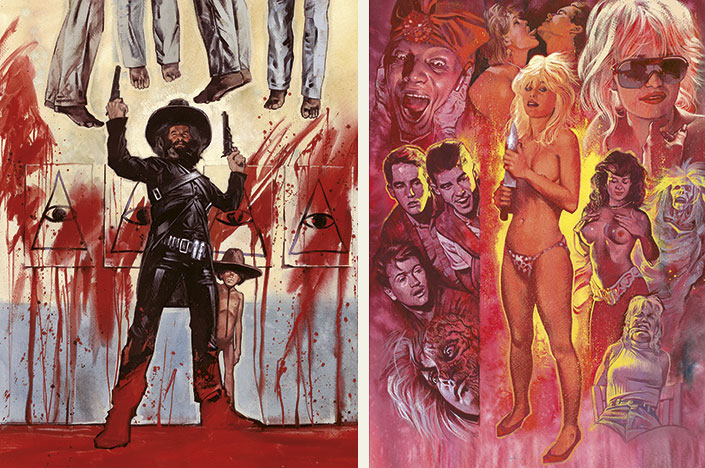