Patrick J. Jones is an award-winning sci-fi and fantasy artist and teacher. His work is collected and published worldwide and his client list includes such companies as Disney, Lucasfilm and Roc books. Patrick grew up in Belfast, Ireland, during the worst of the troubles. Influenced by artists Boris Vallejo and Frank Frazetta, he spent long days in the sanctuary of rooftops, drawing and dreaming of becoming a fantasy artist, to the din of street riots below. After two years in the merchant navy, he moved to London and spent 15 years as an illustrator before travelling the world once more. Today Patrick lives in Australia with his loving wife, Cathy, and their two dogs.

Patrick’s latest book is Figures from Life. Check it out!

Let’s start off with a little bit about your background. Where are you from, etc.?
I'm originally from Belfast, Ireland but spent most of my young working life in London, England, mostly in Brixton during the time of the Brixton riots, the miner's strike and Live Aid. It was a period of upheaval and revolution and I hung out with bohemian sorts on the fringe of society. I moved up north to work in Manchester in the ’90s when it was the trendy place to be regarding music and lifestyle and entertainment. I always seemed to end up where big changes were happening. 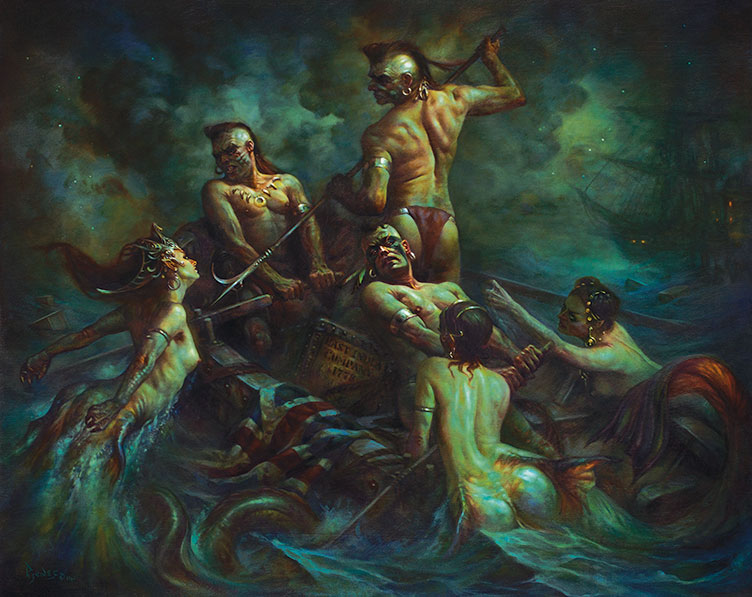 What first inspired you to become an artist?
Disney's Pinocchio was probably the first stirring, then Marvel comics. Jack Kirby's run on the Fantastic Four and Steve Ditko's Spider-Man were great early memories, I particularly remember Steve Ditko's “How to Draw Spider-Man” page which really opened my eyes to the fact that art could be a way to make a living.

Were there any particular artists, designers or genres that inspired you back then?
The real game changer was The Savage Sword of Conan, issue 4. Today, looking at the cover art by Boris Vallejo still brings back that sense of wonder and sudden destiny I felt back then. The incredible interior art by John Buscema and Alfredo Alcala just bolstered my urge to enter the fantasy art world. All three artists were at the top of their game and in one moment created what I still regard as the greatest comic book in history.

Tell us a bit about your art/design background, and the early days of your career.
At seventeen I saw an Irish SF & Fantasy magazine called Ximoc at a city newsagent in Belfast. There was an ad at the back from their busty cartoon secretary, Saucy Sue, stating all art submissions could be mailed to their city address. I walked around to their building and rang the bell instead. They were a great bunch and I started work right away. There was no money in it and we printed and delivered the magazine to newsagents by hand to finance each issue. I got fan mail though, which was worth a fortune to me. Saucy Sue turned out to be fictitious but she got a lot of leery letters from lusty nerds. Great times!

A publisher contacted me on the strength of Ximoc to do paid work on his SF magazine Extro. That was my first professional work, and it paid £50! My mates were amazed as that was a week's wages for me back then in my day job, which was serious hard labour working on building sites. I joined the merchant navy around that time and discovered I could mail drawings and work globally as an artist too. On leaving the navy, I moved to London and eventually became a full-time Illustrator. 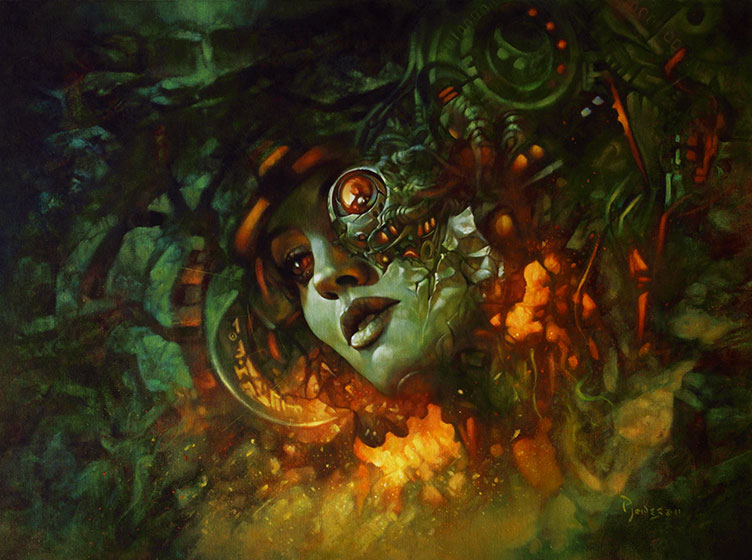 How would you describe your art?
Fantastic Realism probably sums it up better than Fantasy Art as my working methods are more influenced now by Victorian art than by my previous illustration methods.

Can you give us a brief description of your work process?
I start with rough thumbnail sketches followed by a photo-shoot, then a large working sketch. The painting process is in the old masters tradition of layers: underpainting, block-in, blending and glazes.

Is there a project that you’re particularly proud of?
I’m most proud of my upcoming book, Figures from Life from Korero Press. It’s a personal insight into how I approach and think about art. It is accompanied by an exhibition at the IX Gallery.

Any future projects/exhibitions/books that we should be watching out for?
I'm working alongside two fellow bohemians for an upcoming gallery show. We are bringing back the brotherhood idea of the collective artist group working with a collective theme. My contribution will be a series of gallery paintings featuring my approach to the abstract figure in oils and will include my life models posing beside the abstract art.

I will also be exhibiting at IX in Pennsylvania in October, which will coincide with the US release of my book, Figures from Life.