The Anatomy of Style 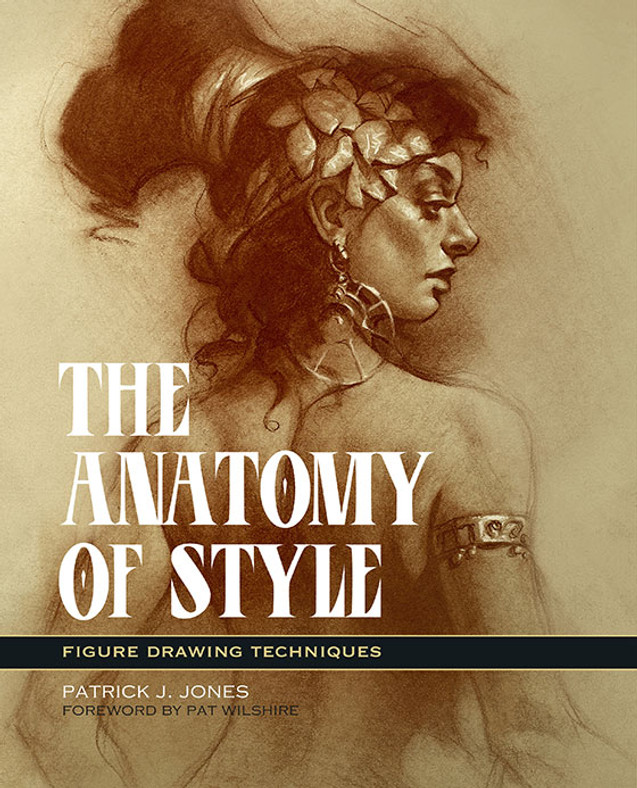 The Anatomy of Style

Structure + Gesture = Style! This simple formula is the idea behind the art of multi-award-winning figurative artist and teacher Patrick J. Jones. In this in-depth, step-by-step life drawing masterclass, Patrick expands on this formula and explores and explains the foundational techniques for drawing anatomically accurate figures with style, confidence and grace.

Using his own beautifully realized artworks as examples – including his legendary annotated “Masterclass Study Sheets”, until now only seen by his students – Patrick shares his creative process, and offers invaluable tips and advice on everything from choosing the best drawing tools to identifying the key “landmarks” of the body.

Reviews
“Once in a rare while, an art instruction book comes along that can be appreciated by anyone.” – Bud Plant

Patrick J. Jones is an award-winning sci-fi and fantasy artist and teacher. His work is collected and published worldwide, and his client list includes such companies as Disney, Lucasfilm and Roc books. Patrick grew up in the city of Belfast, Northern Ireland, during the worst years of the violent 30-year conflict known as “the Troubles”. Influenced by artists Boris Vallejo and Frank Frazetta, he spent his days in the sanctuary of rooftops, drawing and dreaming of becoming a fantasy artist, to the din of street riots below. Patrick later spent two years in the merchant navy, after which he moved to London and worked as an illustrator for 15 years before travelling the world once more. Today, Patrick is settled in Brisbane, Australia, where he lives with his wife Cathy and their two scruffy dogs. When he’s not painting he teaches art at two universities in the city.
×
×