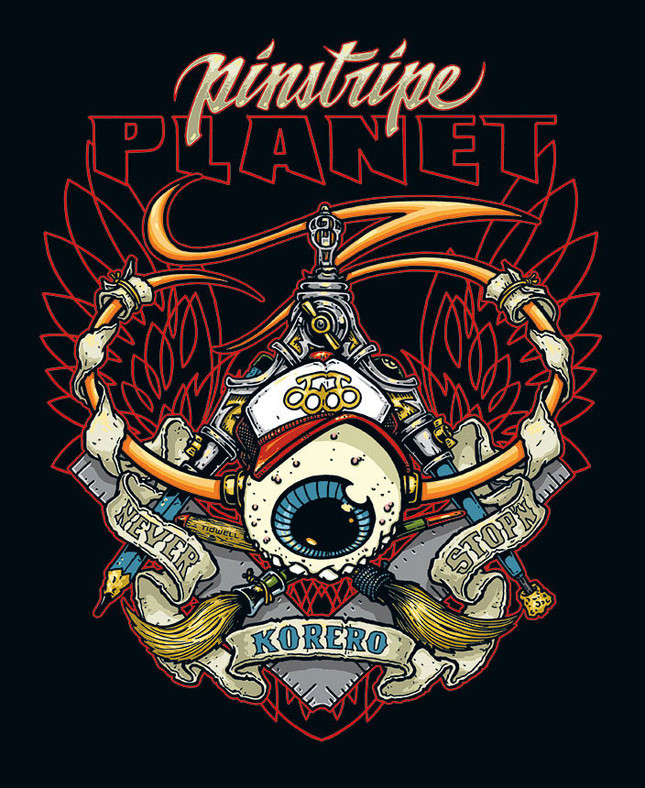 Following on from the sold-out Pinstripe Planet and Pinstripe Planet II comes another blistering collection of all-new pinstripe art featuring the very best practitioners from around the globe. With an introduction by The Nash, the editor of the renowned Burnout magazine, this is an essential book for anyone into pinstriping and kustom art, and for those who wish to add the third volume to their collection. Featuring a specially commissioned cover by Jeral Tidwell.

Introduction by The Nash
Born in 1967, The Nash grew up in Tokyo. In 1994 he found himself in L.A. and out of idle curiosity bought the first issue of Juxtapoz magazine. He suffered, he says, genuine Kulture shock, with a capital ‘K’, and thereafter devoted himself to following the kustom kulture scenes around the world. As founder-editor of Burnout magazine, he travels to the US five to six times a year and to Germany’s Bottrop show every year, often with Japanese pinstripers Mr. G. and Makoto as his krew. An impresario on the scene, and committed to showing the world the great talent coming out of Japan, he is usually maniacally busy, or as he puts it: “Go! Go! The Nash Never Stop!”