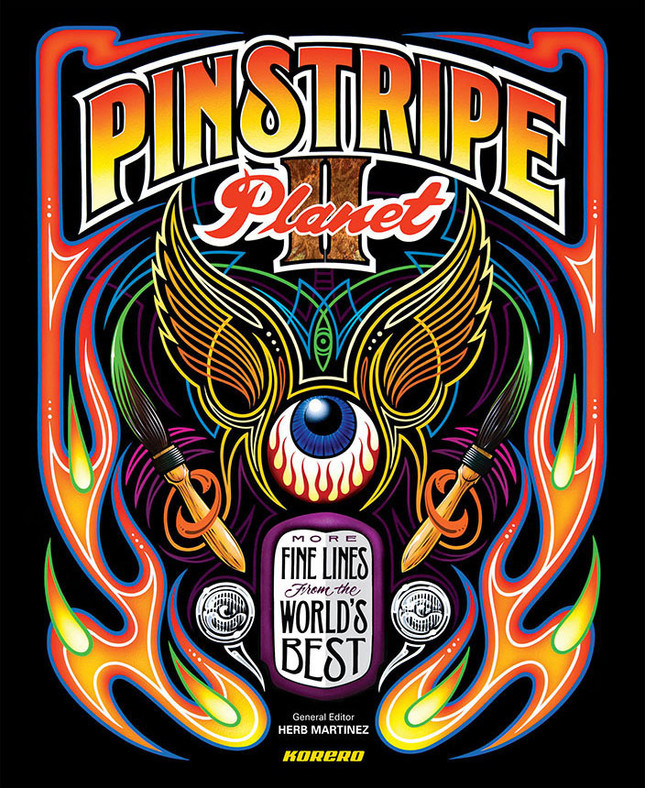 Since the publication of the highly acclaimed Pinstripe Planet, the pinstripe scene has grown phenomenally. Pinstripe Planet II includes the best new work, from long-established artists to new talents. Brilliantly illustrated throughout, this definitive work, like its predecessor, provides amazing inspiration for anyone into one of the most vibrant scenes of kustom kulture.

Herb Martinez is one of the leading pinstripers in the world today. Based in Livermore, California, his work has been shown in all the major hot rod publications and has featured in major Hollywood movies (including Disney/Pixar’s 2006 animated movie Cars). His passion for spreading the art of pinstriping has led him to pursue teaching workshops in the US, UK and mainland Europe.