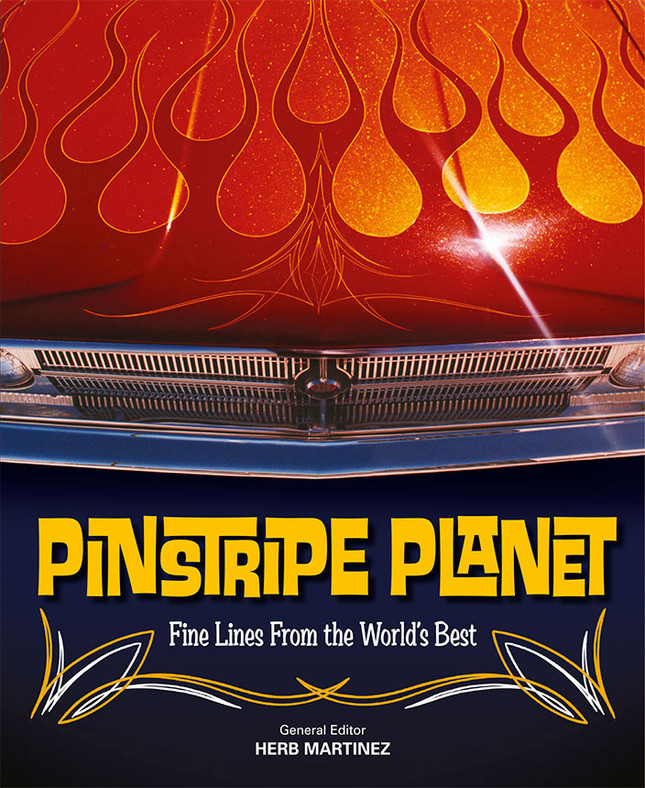 The global spread of the kustom scene has led to a resurgence of interest in pinstriping — the art of painting lines on automobiles to accentuate their shape. From its origins in the Californian counter-culture of the 1960s it now has passionate adherents throughout the globe. Pinstripe Planet takes a look at some of the original practitioners as well as today's talent.

Herb Martinez is one of the leading pinstripers in the world today. Based in Livermore, California, his work has been shown in all the major hot rod publications and has featured in major Hollywood movies (including Disney/Pixar’s 2006 animated movie Cars). His passion for spreading the art of pinstriping has led him to pursue teaching workshops in the US, UK and mainland Europe.

“If you’ve ever been fascinated by the art of the pinstriper, Pinstripe Planet is for you.”  — Iron Works

“The most authoritative and comprehensive survey of pinstriping design.”  — Drive!

“A cornerstone of all well-stocked auto libraries.” — Street Rodder