Wildsville: The Art of Derek Yaniger 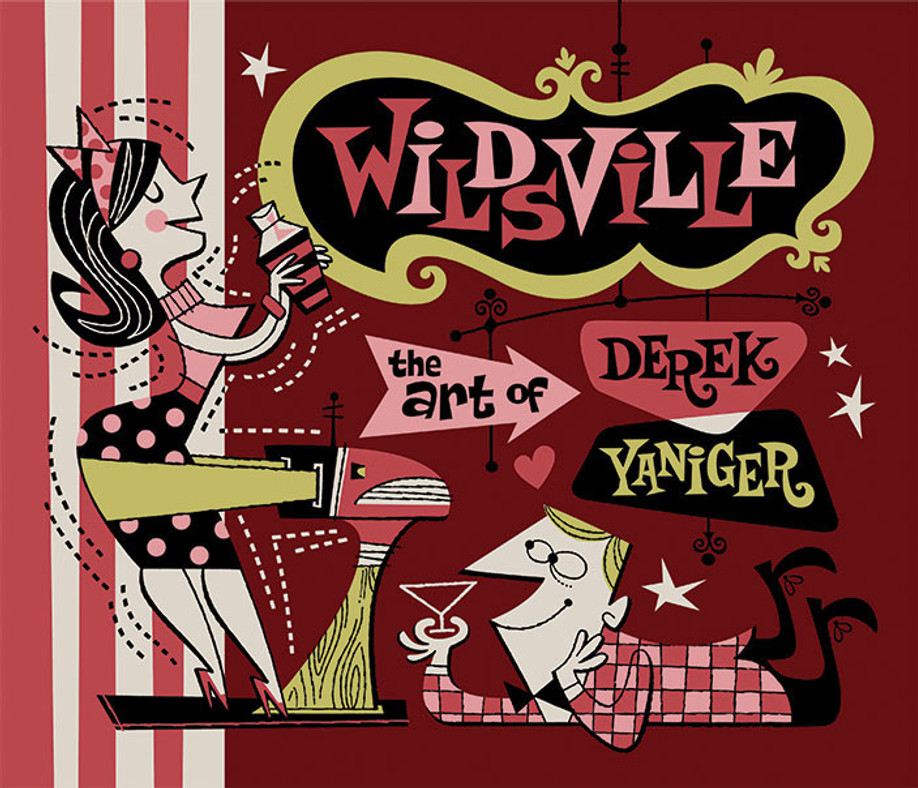 Wildsville: The Art of Derek Yaniger

This book was sold out, but we recently found a couple of boxes buried deep in the back of the warehouse. Only a few copies left remaining. Don't miss out. Get yours while you can.

Derek Yaniger’s got a way long history of scratchinʼ out art for lots of king-sized bigwigs like Marvel Comics and Cartoon Network. But nowadays he strictly digs the gigs that let him beat his own bongos. He gets a large charge creatinʼ art for a whole heap of way-out events such as the Tiki Oasis, Las Vegas Rockabilly Weekend, Tales of the Cocktail and even Spainʼs Wild Weekend! Heʼs also laid out art for several righteous rags like Barracuda, Atomic, and Tiki Magazine. Recently heʼs been interviewed and featured in Playboy Brazil, Cover Magazine in Venezuela and the French art mag HEY! But what really flips his switches like… too much, is makinʼ with the Van Gogh routine. Derekʼs had his paint splatters well-hung in galleries all over the world. MondoPop in Italy, Outré in Australia, Vertigo in Mexico and Castor and Pollux in the U.K. to name-drop just a fewsville. Derek has also been commissioned to create art for such hi-falootinʼ fat cats as Shag, Elvira and Pixar director Lee Unkrich.

Read our interview with Derek Yaniger.

Stuart Sandler launched the Font Diner font foundry in 1996, inspired by American popular culture of the 1930s–1960s. He has created more than 500 original typefaces for the graphic design industry, and solidly established a reputation as the premier retro display typeface designer. In addition to creating new, historical inspired typefaces, Sandler is also focused on the preservation and revival of photolettered cold-type with his acquisition of the Filmotype and Lettering, Inc typeface libraries.