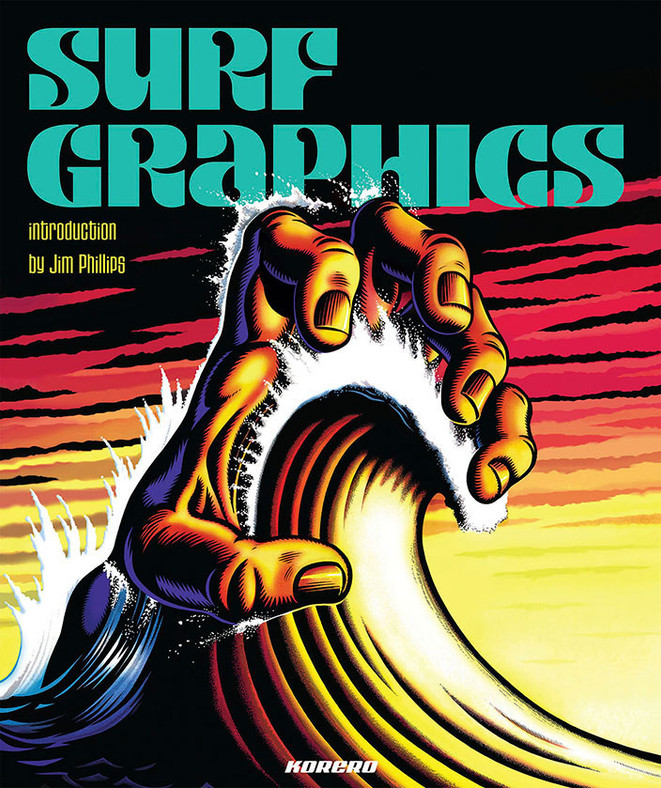 Catch a wave and get some rays with this retina-searing collection of surf art. Over 250 pages of cover-to-cover visual action and inspiration from such genre giants as Damian Fulton, Bill Ogden, Rick Rietveld, Phil Roberts and Jim Phillips. From the beaches of Southern California, to the breaks off Hawaii and the heat of down under, to the shores of Europe, Japan and beyond — Kustom Graphics with a heavy dose of saltwater.

Introduction by Jim Phillips
Born in San Jose, California, in 1944, Jim Phillips has lived almost his whole life in Santa Cruz. His first published work was in the spring issue of Surfer Quarterly, 1962. In 1975, Phillips became art director for Santa Cruz Skateboards, where he created thousands of skateboard decks, T-shirt, sticker, and ad art designs. Jim currently continues his exclusive connection to Santa Cruz/NHS, creating special edition decks and many new products worldwide in the skateboard, snowboard, and surfboard markets.

Read our interview with Jim Phillips.