While on his first trip to the UK renowned comic cover artist Emanuele Taglietti will be giving a talk and signing copies of his book Sex and Horror: The Art of Emanuele Taglietti at Gosh! Comics. The talk will be followed by a screening by Black Decagon Film Club of Federico Fellini’s first colour feature, the adult fairy tale Juliet of The Spirits (1965), on which Emanuele Taglietti was one of the production designers.

Film screening and talk: from 7.30pm

Seats for the talk and screening are limited and tickets can be bought here.

Emanuele Taglietti is an artist best known for the outrageously raunchy and lurid cover artwork he produced during the golden age of Italian comic books (or fumetti – literally “puffs of smoke”: an allusion to speech bubbles) in the 1970s and 80s. He painted more than 500 covers for such comics as Zora the Vampire, Sukia, Mafia, and 44 Magnum. Sex and Horror collects some of these paintings into an incredible book! Before becoming a comic book artist Emanuele was a film set designer who worked with Fellini. 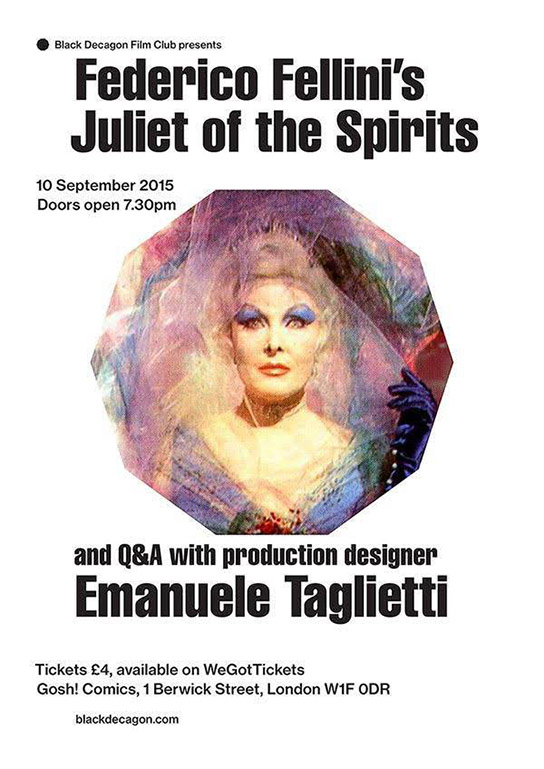