One of the most prolific and recognisable artists alive today, New York-based painter, designer and street artist Ron English will be visiting the UK next month to do a book signing and launch a limited edition print, Camo Deer.

He will be meeting fans and signing copies of Death and The Eternal Forever at the artrepublic pop-up store at BOXPARK on Saturday 7 February, 2pm - 4pm.

Camo Deer is in an edition of just 75 and will be available from artrepublic.com and at their pop-up store from Monday, 2 February 2015.

Ron will also doing a Q&A with the managing editor of VNA Magazine at BOXPARK’s upper level gallery space on Thursday 5 at 6pm. Complimentary drinks courtesy of Heineken followed by a DJ set from Marshal Darling. Please arrive early as there is limited space.

Email me for furher details. 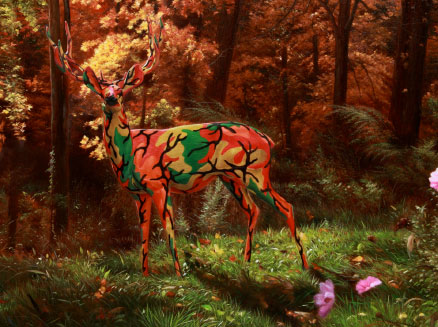